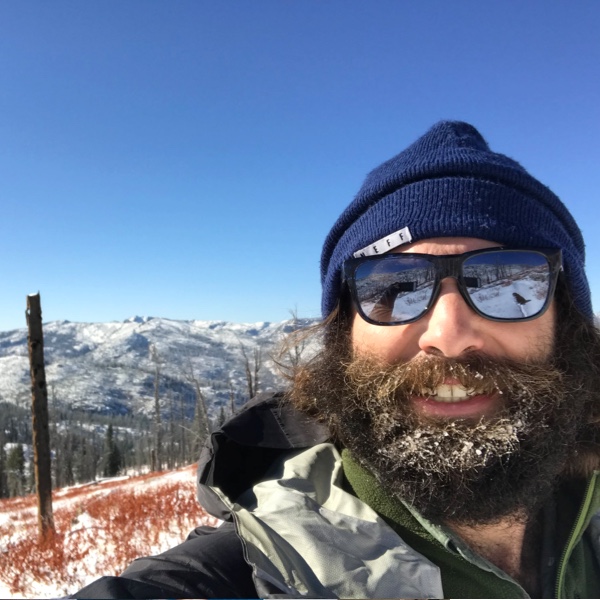 Jamie grew up in heart of Idaho, spending much of his youth pursuing his first passion: soccer. After playing at the collegiate level, he moved to London to coach for Arsenal’s community soccer program, which brought him coaching stints in Israel, the Philippines, and Greece. Once he finished his time abroad, he returned to McCall without an inkling of what his next step would be.

Then he found the river! Despite having grown up around the amazing rivers in Idaho, Jamie had never spent much time exploring the water. That all changed in 2016 when he began guiding in Hells Canyon and on the Lower Salmon. He immediately fell in love and tries his best to spend as much time as he can on the water. When Jamie isn’t floating down a river, you’ll find him skiing, reading, playing old school video games, and hiking with the three girls: Aspen the border collie, Nellie the golden retriever, and Dom, the human!