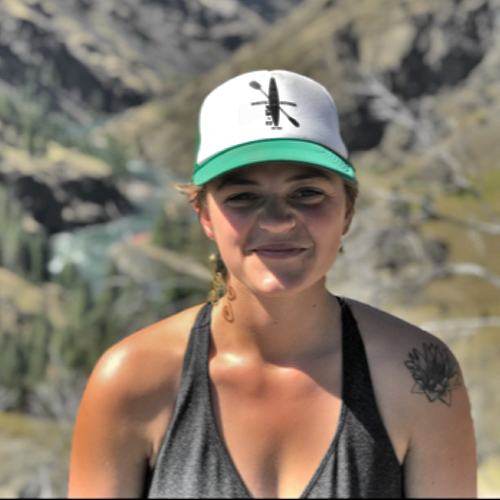 With her favorite phrase being “ALL FORWARD”, Bobbi Mae is a life and whitewater-enthusiast! Bobbi was raised by villages of folks between the mountains of Bozeman Montana and the West coast of Mexico. She attended Quest University Canada in British Columbia, where she completed her honors undergraduate degree in Environmental Ecology, International Relations, and Spanish. She has guided on the Main and Middle Fork of the Salmon River since 2015 and claims that the Frank Church Wilderness is indeed her happiest place on Earth. In the offseason, Bobbi works as a Birth Doula and manages a natural medicine clinic in Bend, Oregon. She is also in school studying to be a Nurse and a Midwife!

Bobbi especially loves empowering women and kiddos to get outside, move their bodies and fall in love with life on the river! You can find her skiing in the winter, climbing in the spring and snuggling her puppy, Eddy (named after all our beloved river eddys) year round!